A SPRAWLING beachfront mega-mansion has been listed for an eye-watering $29.5 million, amid a surging property market on the Gold Coast. A SPRAWLING beachfront mega-mansion has been listed for an eye-watering $29.5 million, amid a surging property market on the Gold Coast.

Nine years ago during the height of the boom, Scott Perrin reportedly knocked back $52 million for the palatial residence at 45-51 Albatross Ave.

But today Mr Perrin is willing to take a $22.5 million discount for the sprawling home, Tidemark.

He yesterday put a fixed price on the Mermaid Beach mansion after a tender campaign last year failed to draw an acceptable offer.

Property agent Michael Kollosche said Mr Perrin, a former Chevron Island lawyer who was instrumental in the public float of surfwear company Billabong, had set an asking price that was ‘in tune’ with today’s market.

“Back in 2007, when the unsolicited unconditional $52 million contract for Tidemark was presented to him, we were in a beachfront boom and he was not a seller.

“Move on nine years and we’re in an entirely different market and Mr Perrin’s in another stage of his life.”

Mr Perrin, who gave up law more than 15 years ago, today is chief executive officer of Australia’s first new free-to-air dedicated racing channel and is based in Victoria, where he has a rural property.

Mr Kollosche said the decision to put a fixed price on the Perrin house was inspired by the sale last month of the beachfront Hedges Avenue home of management-rights industry veteran Frank Picone.

It sold for more than $13 million — the highest price for a Gold Coast residence since the depths of the GFC seven years ago — and drew multiple offers of more than $10 million.

“Mr Perrin has used that sale as something of a yardstick in arriving at a price,” said Mr Kollosche.

The Kollosche Prestige Agents principal said Tidemark was three times bigger than the Picone home and sat on a site five times larger.

“There is no way it could be replaced for the asking price,” he said.

“The construction cost today would top $20 million and assembling a five-title holding of comparable size would be extremely expensive and might not even be achievable.

“Already, without starting a national advertising campaign, I have half-a-dozen qualified buyers who want to view the Perrin house.”

REIQ Gold Coast chairman John Newlands said the listing was a test of the strength of the Coast’s resurgent prestige market.

“It is an indication sellers are bullish about the market,” he said.

“They have the confidence to sell, otherwise they would not waste their time.”

The Perrin house, which sits on a 2833sq m Albatross Ave site, was put to tender early last year and drew a $20 million-plus offer.

A sale at $29.5. million would not put the Perrin property in the top 10 list of Australia’s most expensive house sales but would set a Gold Coast record.

The Australian record stands at $70 million, achieved by billionaire James Packer last year for the Vaucluse property that briefly was home to him and former wife Erica. 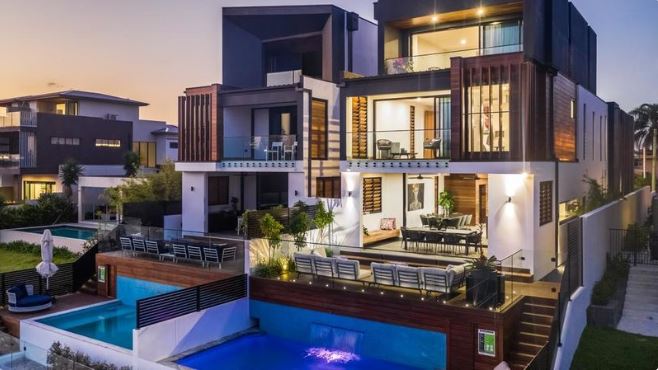 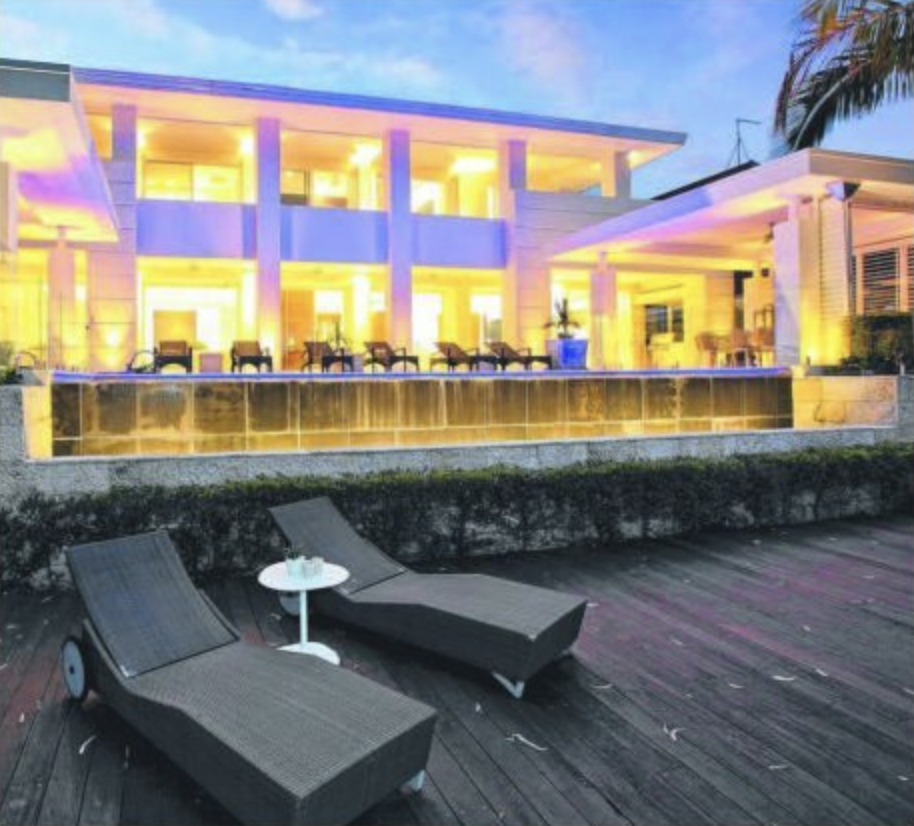