GLITTER Strip house hunters are in luck – the city’s most popular house for 2019 is still up for grabs. If the words “flawless, fully automated, luxury Hamptons home” have you floored, then you’re not alone. GLITTER Strip house hunters are in luck – the city’s most popular house for 2019 is still up for grabs.

If the words “flawless, fully automated, luxury Hamptons home” have you floored, then you’re not alone.

The renovated Palm Beach property emerged as the Gold Coast’s hottest house, raking in the most views on realestate.com.au for the year.

The six-bedroom house at 144 Tallebudgera Drive underwent an extensive renovation to transform it into a luxurious Hamptons-style smart home with state-of-the-art technology throughout.

It failed to sell under the hammer in October and is now listed with a $3.199 million price tag.

Kollosche agent Rob Lamb, who is marketing the property alongside agency head Michael Kollosche, said the property had all the right ingredients.

“It has the Hamptons look, is basically brand new with a renovation to the highest standard, was styled and furnished perfectly and is in an idyllic location on the Tallebudgera Creek,” Mr Lamb said.

“All those pointed in the right direction and was what buyers responded best too.

“It opened the imagination up to people who lived in the area and saw what was possible.”

Mr Lamb said the property was now priced for a quick sale.

“We are now in a position as far as price (goes) where we have had previous offers,” he said.

“Initially we were aiming for a mark slightly higher to this.”

The top-notch renovation was done at the hands of construction king Theodore Vairaktaris, who turned his one-man painting business Usher Group into an $83 million company.

The property’s transformation coincided with the launch of boutique developer Taris Property Group, which will build and renovate high-end homes.

“Our renovation of 144 Tallebudgera Drive was never going to be just another Gold Coast property,” Mr Vairaktaris said when it hit the market.

“It was always going to be a statement and we have achieved that by approaching it as a fresh canvas where art meets design.

“It is one thing to build a house but another to create a dream.” 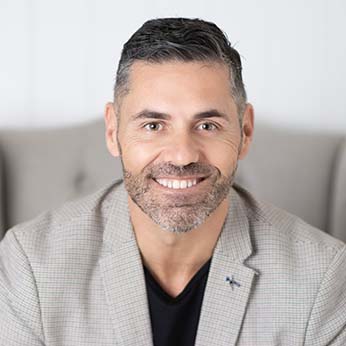 Expect the Unexpected at this Gold Coast Monaco Street Mega-Mansion