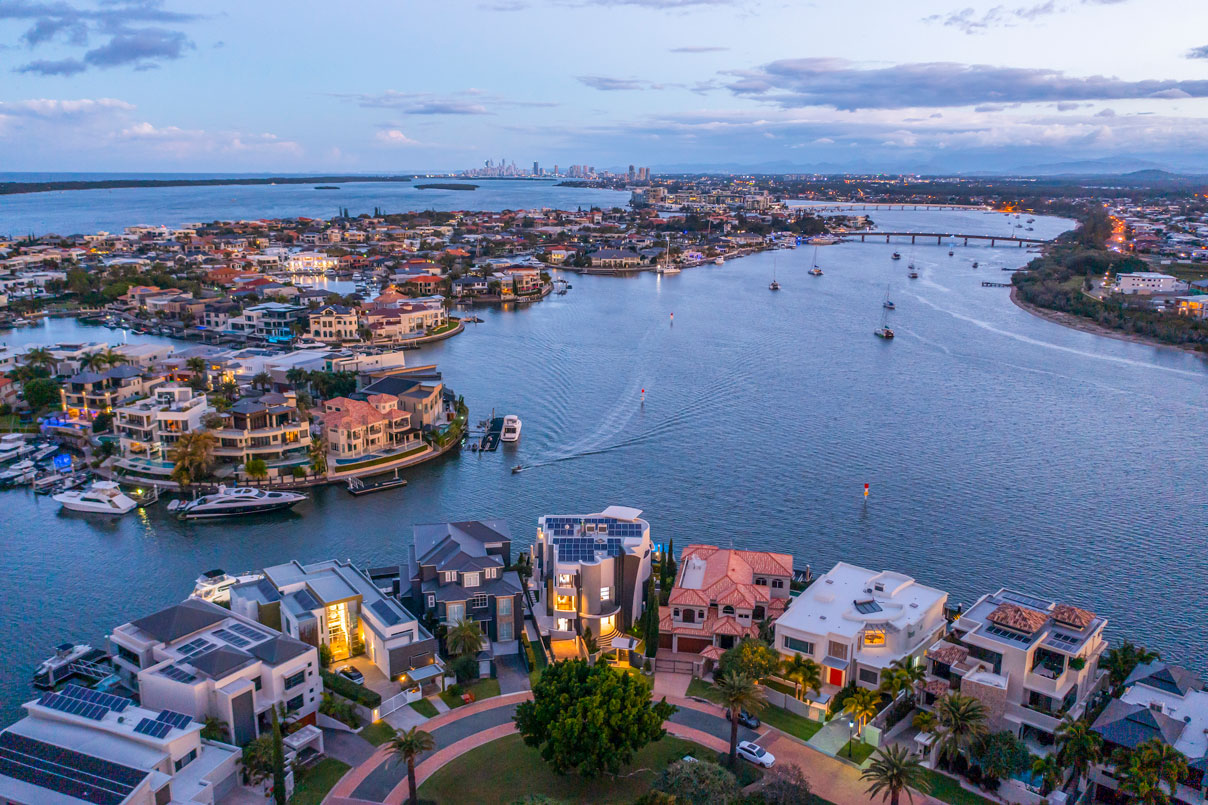 Built on a point position fronting The Broadwater, the Gold Coast suburb of Paradise Point encompasses the upmarket Salacia Waters estate and the multimillion-dollar master-planned communities of Ephraim Island and Sovereign Islands.

The area attracts a vibrant mix of residents – from young families through to retirees – who are drawn to a range of housing built on a peaceful point position with no through traffic and endless opportunities for recreation in a stunning natural setting.

The Paradise Point Parklands are widely regarded as one of the Gold Coast’s most beautiful parks. Stroll, skate or cycle along The Esplanade or cool off in the lagoon enclosure. Kids flock to modern playgrounds and kick balls across spacious grassed areas. Grab a coffee or fish and chips for a picnic in the park or fire up one of the barbecues for some DIY alfresco dining.

Its position along The Broadwater makes Paradise Point a haven for boating and fishing with a wide choice of boat ramps and marinas making it all too easy to get out on the water with direct access to the Coomera River.

Paradise Point village is famed for its cafes and restaurants with alfresco seating opposite The Esplanade. A string of specialty shops also offer a handy range of retail, services and conveniences, negating the need to travel far for the basics. Runaway Bay Shopping Village and Harbour Town’s big brand outlet hub are both a short drive away.

Public and private schooling options within the suburb include Coombabah State School and High school and St. Francis Xavier Catholic School while there are several child care centres to choose from. Families also benefit from a short drive to the Gold Coast’s favourite theme parks, including Warner Bros. Movie World, Wet ‘n’ Wild and Dreamworld.

Positioned off the Coast just south of Sovereign Islands, Ephriam island is a stand-alone island with no through traffic making it a peaceful place to reside with uninterrupted water views.

Ephraim Island and the Sovereign Islands are south of Queensland’s capital Brisbane making it easy to access the city’s international airports while the Gold Coast’s beaches and conveniences are a short 25 minutes drive south. Broadbeach is home to beautiful beaches, gourmet dining and numerous amenities making it a popular destination for locals and tourists alike. The southern seaside communities of Tugun and Bilinga are sought after for their natural beauty and quieter village atmosphere. 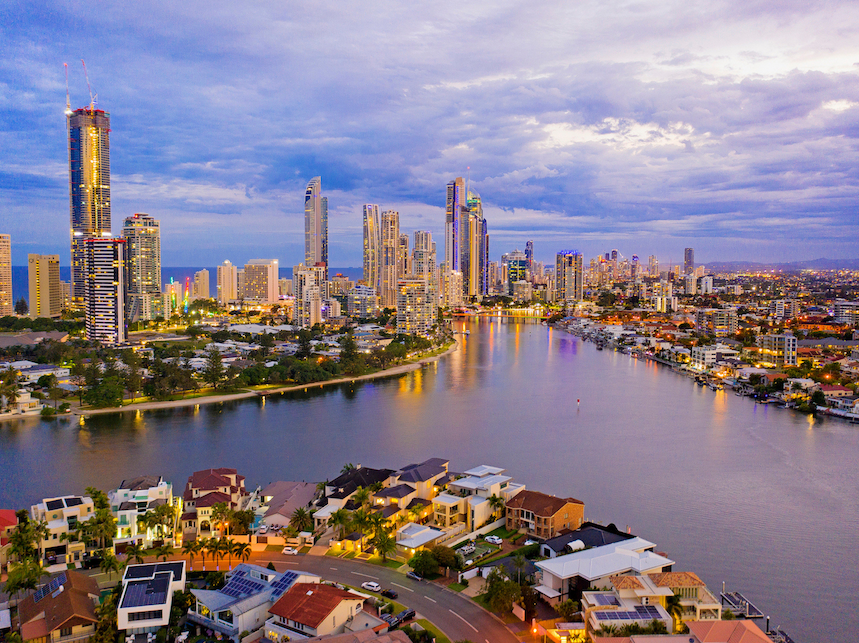 Fronting some of the deepest, widest stretches of the Nerang River, Paradise Waters offers private, lavish living close to the beach.

Sound decisions stem from advice you can trust

Kollosche draws on decades of experience, industry expertise and local market insights to help you to make informed decisions.