Game on for Rare Development Sites

The phones have been running hotter than usual for Kollosche’s Commercial team this week following the launch of a prize parcel in the city’s hottest beachside suburb. The phones have been running hotter than usual for Kollosche’s Commercial team this week following the launch of a prize parcel in the city’s hottest beachside suburb.

And as far as so-called development opportunities go, there’s plenty in this package to get excited about.

The rare double block fronts the sand and surf on a corner position at Palm Beach with dual street frontage to prestigious Jefferson Lane and Thirteenth Avenue.

The 817.4m2 site at 215-217 Jefferson Lane has approval in place for a nine-storey tower plus pool and basement parking. 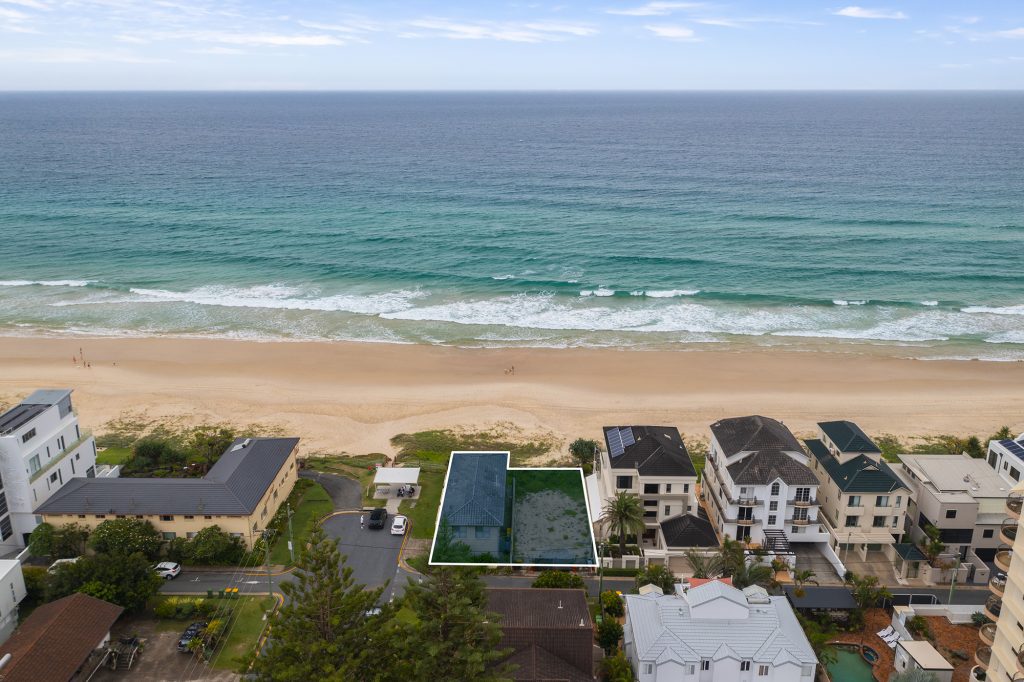 The interest in this listing is being led by local developers keen to capitalise on pent up demand for boutique apartments in premium postcodes along the Coast.

Urbis data shows that new apartment sales on the Gold Coast flew in 2021 when projects cleared anywhere between 42% to 56% of available inventory each quarter.

With Queensland borders having reopened in late December and vaccinated travellers able to enter the country from 21 February, supply cannot feasibly keep up with demand.

The Gold Coast’s enviable lifestyle continues to be a key driver for both local and interstate buyers, while the Gold Coast Light Rail extension is an added impetus for developers scouting land on the southern end of town.

While buyers are good to go, solid opportunities for developers are few and far between.

Jefferson Lane will no doubt be buzzing come 3pm on Friday 4 March when this prime seaside lot goes to auction.

A crowd is also expected to front the tightly-held Koala Park pocket next Friday 18 February when 8 Bullimah Avenue, Burleigh Heads goes under the hammer at 10.30am by Michael Kollosche and Jay Helprin – that 549m2 block with an original two-bedder is only 50 metres from the foreshore.

Development opportunities in key waterfront locations are extremely rare in this market.

Kollosche agents work together across residential and commercial sectors to identify and present blue chip properties to our clients, both on and off the market.

Reach out for a private discussion around your needs. January Sets a Positive Tone for 2022